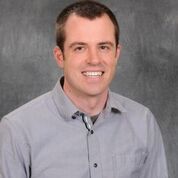 Travis spent most of his childhood in Botswana and Pennsylvania, obsessing over airplanes and dreaming about following in his pilot father’s footsteps. After a short interlude of studying Physics and developing a love for Biology at Goshen College, he followed through on his childhood dreams and began working as a pilot. This career took him back to Botswana and ultimately to bush Alaska in the quest for new adventures. Having thus achieved pilot nirvana, it was time to move on and, fueled by experiences as an air ambulance pilot, he found himself drawn back to biology and into medicine. After medical school in the flat fields of Iowa, Travis is excited to be returning to his favorite state for residency and to be back in mountains once again. He is passionate about primary care and looks forward to training in Alaska in preparation for a career in broad-spectrum family medicine. When not working, he enjoys being outdoors as much as possible, hiking, skiing, gardening, kayaking, or just strolling around with his wife and dog.