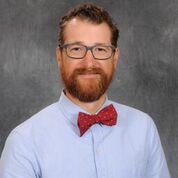 Tim Lemaire is a native of Reno, Nevada. Nestled in a valley surrounded by tall mountains and beautiful country, it is a town with a similar feel to Anchorage. After receiving his biology teaching degree at the University of Nevada Reno he and his wife began to take in foster children. They had 7 children over 8 years and adopted their first child when he was 6 years old. During those exciting years Tim worked at Starbucks Coffee Company while his wife completed her Masters in Social Work. Wanting to work toward addressing the root cause that necessitated the Foster Care system Tim returned to University and after a few more prerequisites, applied to medical school. Upon matriculation to A.T. Still University in Mesa Arizona he was elected by his peers to serve as class president and subsequently served on the national student government executive board. While completing his concurrent course work for a Masters in Public Health, Tim found he had a passion for politics and policy. Tim and his family are looking forward to a new adventure exploring and living in Alaska while doing all they can to be productive members of their new community.