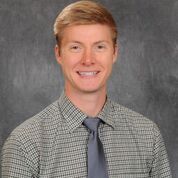 Stephen was born the child of an Air Force pilot and physician. Always drawn to aviation, Steve pursued a degree in mechanical engineering at Valparaiso University. Engineering didn’t end up being the path to astronaut-hood he’d hoped, and applied to medical school as an alternative to cubicles and CAD. He deferred starting when the opportunity arose to live and volunteer in rural South Africa for a year, which reinforced his identity as a global citizen and nourished his love for new cultures, places, and people. Steve was drawn to the full spectrum potential of family medicine, and has strong interests in obstetrics and global health. In the rest of his time, he enjoys science fiction, pick-up basketball, camping, skiing, running, biking, washing dishes, dabbling at fly fishing, and navigating without a smart phone (much to his wife Krista’s chagrin). He also loves to follow her around the world on her many adventures, which have led them back and forth across the US and to many mountains, including the Himalayas and Kilimanjaro. They are thrilled about the chance to live and explore Alaska!