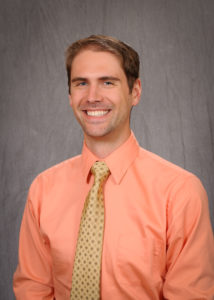 Nick was born and raised in small-town Minnesota where he had ducks as pets, and ate a lot of tater-tot hot dish (yes, it’s a thing). He is a big nerd who enjoys such things as: anything with “Star” in it (Wars, Trek, you get the picture), graphic novels, trivia and fun-facts. Not planning on actually growing up, Nick tried going to school as long as possible.  He went to the University of Minnesota for both college and medical school.  His medical interest was spurred when he worked for a clinical diabetes research group at the U. He also expanded his horizons by working such jobs as: substitute teacher, janitor and frozen pizza manufacturer. During his time at school he met fellow resident, Lil, who would tell him stories about her outdoorsy abilities in a land called “Alaska.” Nick, was very skeptical of such things, as Lil was unaware that apples grew on trees, and would refuse to do anything outside in Minnesota due to fear of ticks. On his first trip to Alaska, and 2nd mountain climb in as many days, Nick stumbled and fell to one knee (probably due to fatigue). The beautiful Lil mistook this as a marriage proposal, and Nick has now found himself saying goodbye to the sapphire of the Midwest (Minnesota with its abundant lakes), and hello to Alaska! He looks forward to his time here with fellow classmates from the U of M, and takes comfort in the fact that it’s basically the same in Alaska as Minnesota, but with less cold and more mountains and oceans.