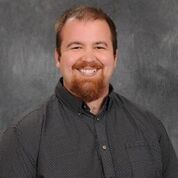 Martin wishes he was a life long Alaskan, however he was born in southern Oregon, and has been inching north all his life. He was happy to move to Soldotna in 1999. Since then he has worked hard to achieve three of his life long dreams, to be a commercial fisherman, learn a foreign language and become a doctor. Now, after 17 years, one Marriage (still intact), two kids and more loans than any one person should own, he has the privilege of starting his medical career and finishing his medical training in Alaska. He looks forward to settling in a small Alaskan town and practicing full scope family medicine. Martin enjoys a wide variety of activities in his leisure time which means that he doesn’t do any of them very often. As a small sampling, he enjoys hiking, hunting, home brewing, smoking salmon, learning blacksmithing, playing several musical instruments poorly, and cooking somewhat less poorly. As this list is ever growing, he looks forward to learning these for the rest of his life.