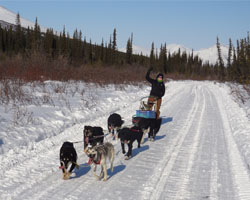 A. T. Still University School of Osteopathic Medicine in Arizona

Marlena grew up on Lake Huron in the thumb of Michigan where she spent a great deal of time playing with her many cousins, pulling weeds against her will, and ice skating on frozen corn fields. She had a brief Goth phase as a pre-adolescent but overall, her youth laid the foundation for a lifelong appreciation of fresh air, kindness, and cheese. She left Michigan to attend St. Lawrence University in upstate New York where she majored in Neuroscience and minored in Theatre. After graduating, she traveled the world then had a very brief but galvanizing stint as an amateur Strongwoman. Then, it was off to medical school at ATSU-SOMA in Mesa, Arizona. She spent three of her medical school years in Brooklyn, New York, where she developed an affinity for fashion and fancy manicures. During an interim year between medical school and residency, she made up lost time with her family and eventually fate led her 60 miles north of the Arctic Circle to Coldfoot, Alaska, where she spent her happiest winter to date as a dog handler and hotel cleaner under the dancing lights of the aurora. Marlena was elated when she found out she matched into the AKFMR, and is grateful every day to be able to learn the art and skill of medicine in such an outstanding and supportive program. In her off time as a resident she can be found practicing yoga and enjoying the phenomenal friends, food, and landscapes that Alaska provides for her.