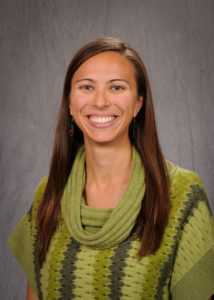 Liz grew up in Fairbanks and did everything a typical Alaskan woman would do, plus some. She went camping, hiking, backpacking, berry-picking, fishing, mosquito-killing, gardening, jumping in half-frozen lakes, and running marathons. One of five children, and the daughter of a well-known Family Practice Doc in town, she was instilled with the desire to serve people from different cultures and backgrounds at an early age. She grew up with several international Aupairs and spent a year in Germany to work on her language skills and eat great food.
Though she loves learning about new cultures and meeting new people, Liz never wanted to live in California. However, she ended up loving her “home” in Loma Linda, CA during the four years of medical school for many reasons. Every Wednesday evening, she would get together with a fun and adventerous group of high school girls from her church to counsel and invest in. Also, the lush citrus fruit that seemed to drip from everyone’s front yard, soon became a reason that she knew many of her neighbors. Driving around town, she would see a ripe unpicked fruit tree in someone’s yard, and pull over to ask if she could lighten their load. Another reason she came to appreciate the area was meeting her now husband, thanks to the tenacity of his mother.

During her time in medical school she expanded her world-view by traveling to Kenya, Malawi, and Ecuador, not to mention some of the lower 48 specialities such as Yosemite, Zion National Park, and the Grand Canyon. As a final hurrah, she drove nearly the entire length of North America, almost from Mexico to Alaska, where she now resides at AKFMR. She and her husband look forward to where God will take them next!