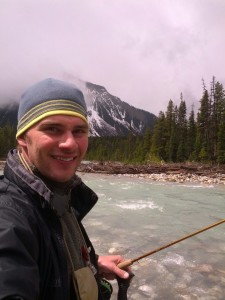 Liam grew up in a family of nine in southwest Idaho, where he developed a passion for mountains and adventure. For his undergraduate education, he followed the Oregon Trail west to the Willamette Valley, studying philosophy and literature at a very small Catholic seminary while discerning a vocation to the priesthood. After four years, he realized that the priesthood was not his gig, so he wandered around Europe and ended up working on a small vineyard in northern Italy. When the wine ran out, he headed home, only to pack up shortly thereafter and move south to Guatemala with the Peace Corps. Over two years and many misadventures (including an intimate familiarity with GI parasites and some amateur bull-riding), he discovered a passion for rural medicine. He is thrilled to be in Alaska, where the adventures abound and he enjoys a high level of education and support from the AKFMR. In his free time, you can find him trail running, biking, skiing, motorcycling or wandering lost in the endless mountains of Alaska.