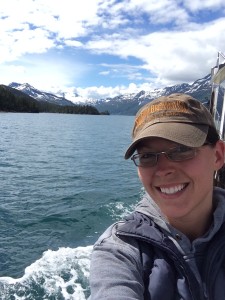 University of Washington School of Medicine

Julie is proud to call Anchorage her home for over 15 years, but being born into a military family she also had the privilege of exploring other parts of the world. For the first 6 years of her life she grew up in Germany where German became her first language. Unfortunately she has not had much opportunity to keep up with her skills in Alaska; however, her love of German culture (i.e. food and beer) has never faltered. Julie spent her undergraduate years at a small Christian college in Santa Barbara and spent many hours “studying” diligently on the beach. After returning to Alaska, she spent a year working as a medical assistant in a small family practice clinic. Inspired by her parents, both family practice docs, she then completed medical school through the Alaska WWAMI program at University of Washington. It was while exploring the WWAMI states that she felt called to rural full-spectrum medicine. Subsequently, she and her husband Matt were absolutely thrilled to return to Alaska where the mountains are gorgeous and the fish are plenty. When she isn’t reeling up massive halibut, she enjoys spending time with family and traveling to new exotic places.