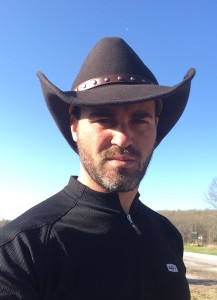 David was born and raised in Seattle, Washington. He lived in the great Northwest until moving to Princeton, New Jersey, at the age of 16, where he completed high school. After graduating in 2007 from Georgetown where he studied Chinese Language and Linguistics, David traveled to South Africa as a US Peace Corps volunteer (where he seldom used his Chinese). In the Peace Corps, he was involved in a variety of projects – including after-school programs, environmental NGOs, and crime prevention – but found a particular passion for his work with a home-based care organization, working with patients suffering from diseases ranging from diabetes to HIV/AIDS and tuberculosis. Shortly after his volunteer service, David began the dual-degree MD/MPH program at Rutgers – Robert Wood Johnson Medical School in New Jersey. Here, his interest in global health continued through medical and public health expeditions to Northern India and the Dominican Republic. David fell in love with the Alaska Family Medicine Residency the moment he discovered it, drawn by the opportunity to learn full-spectrum family medicine in a truly unopposed setting, to spend months training in the rural Alaskan bush, and to develop the skills necessary to confidently practice medicine anywhere in the world. In his downtime, David loves to cook, read, hike, and do a variety of sports from soccer and rugby to cycling. He hopes to spend a large portion of his career practicing in an underserved international setting.