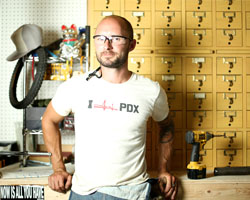 University of Washington School of Medicine

Cody is a lifelong Alaskan who believes strongly in a community-based approach to most things. Cody obtained his undergraduate degree at UAA and studied medicine at the University of Washington. During college, Cody volunteered teaching science in low income elementary schools, received a National Discovery Award for human anatomical dissection, and helped form the university bicycle club that eventually became “Off the Chain” bicycle cooperative. Ultimately, Cody desires to work in community health to advocate for people; and, through education, help them care for themselves with the resources they have.