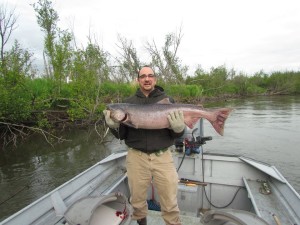 Mike received his medical degree from the University of Texas Health Science Center in Austin, Texas; he completed his family medicine residency at Austin Medical Education Programs. He co-owned a thriving Family Practice clinic in Austin, Texas, for several years before heeding  the call of Alaska. Mike moved to Ketchikan in 2008 and remained there until joining the residency in January 2011. His medical interests include wound care and rural emergency and inpatient medicine. He enjoys fishing, photography, and spending time with his giant dogs. Prior to a career in medicine, Mike was a corporal in the United States Marine Corps.