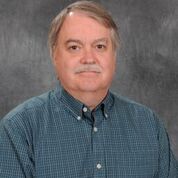 Jim started his professional life working as a civil engineer during the day and a firefighter-medic at night. Eventually he worked full time as a street paramedic in Houston Texas, Gillette Wyoming, Rapid City and Sioux Falls South Dakota. After a decade of working in the street he was the director of the first college based paramedic training program in South Dakota. He eventually graduated from Augustana College with a degree in Biology and then the University of South Dakota School of Medicine. Residency was at the Sioux Falls Family Medicine Residency Program. He then practiced in a small town on the Nebraska/South Dakota border full time and worked part time in several ED’s across SD and MN. Then followed a stint as a residency faculty position in Sioux Falls for several years while working in the ED on weekends. The last decade before coming to Alaska he was the ED medical director for a busy single coverage ED in Brookings, SD. He has been active in several local and state EMS advisory boards and done consulting for the states of ND and SD on EMS projects and training/. He and his wife moved to Alaska to be closer to their sons who live in Anchorage. In his free time you will find him with a wrench or hammer in hand working on one of his many projects.