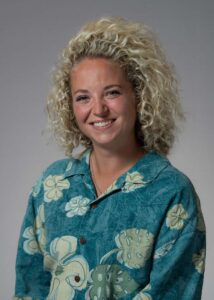 My name is Annika and I grew up whizzing around the dirt roads of Colbert, WA on my bike with my three younger siblings. I always wanted to become a doctor, even though we didn’t have one of our own. Either that or an astronaut until I realized I hated math. I went to undergrad at University of Puget Sound in Tacoma, WA, where I studied Psychology and German, while performing piano and coxing for the women’s crew team. To be honest, I was burnt out post college and wasn’t quite sure what I wanted to do with myself. And so began several years of traveling and seasonal jobs.

In Oahu, Hawaii I worked in a bike shop and learned that I was horrible at surfing. On the East Coast, I led bicycle tours across the US and around Nova Scotia where I mastered the art of brushing my teeth while riding a fully loaded bike. In Portland, OR, I worked as an EMT and managed to time the ambulance sirens to the latest Justin Timberlake song. In Papua New Guinea, I conquered my fear of cockroaches and realized that I wanted to pursue native healthcare. In Tacoma, I worked at a naturopathic clinic and became intrigued with alternative medicine.

All these adventures and interactions with people from all walks of life led to my pursuing my Doctor of Osteopathy degree at Pacific Northwest University in Yakima, WA, with the ultimate goal of becoming a Family Medicine physician with an emphasis on rural medicine. I moved to Anchorage, AK for my clinical years where I fell in love with Alaska. I also happened to fall in love with my best friend in medical school, and we are happy to say that we couples matched into our top residency program, AKFMR. You will find us skiing, hiking, biking, gardening, and laughing at horrible dad jokes. If you’re lucky, maybe we’ll share one with you. 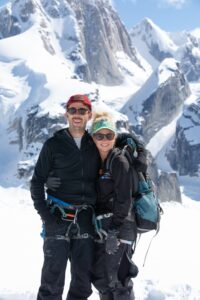